After nearly 15 years of being vegetarian, I still crave meat. I don’t miss the consequences of it, but I do miss having a proper bacon butty. I can’t tell you how hard it is being surrounded by people eating bacon sandwiches, while you pretend your egg sarnie is just as good. Clearly, for me, it hasn’t always been smooth sailing and I will admit I have had drunken slip-ups, but I am on the straight and narrow now and sticking with it, which is partly down to meat-free alternatives tasting a hell of a lot better.

Over the past ten years, vegan meats have gone from dry and drab to succulent and satisfying. Vegans, no longer saddled with the crestfallen choice between chips or salad, are now able to buy a vegan burger that positively 'bleeds' and, most excitingly, a Greggs' Vegan Sausage Roll. Yes, plant-based products are booming, with high-street restaurants and supermarkets alike, all leaping to embrace the trend.

Widespread misconception suggests that vegan and free-from foods are intrinsically better for us. I’ve found that people often opt for vegan meat or gluten-free alternatives with a large dose of naivety, assuming a nutritional value that isn't always the case. The illusion of green logos and plant-rich ingredients have tricked us into thinking it's automatically better for us. I’m talking about you coconut oil-based vegan cheese, yoghurt fuelled by saturated fats and, our ever deceiving friend, protein-lacking jackfruit.

Devilish salt content seems like the greatest hurdle to overcome in meat alternatives. Did you know that KFC's newest vegan burger contains 2.91g of it? Nearly a third more than their Zinger chicken burger, which isn't the 'finger-licking good' news we were hoping for. A survey led by Action on Salt exposed the "perceived 'health halo'" presented by meat alternatives often being riddled with huge amounts of salt. The worst products in their findings "contain much more salt per 100g than seawater", which is hugely off-putting and certainly leaves me feeling 'salty'. Of course, it makes food moreish, but when choosing a healthier alternative, we want it reduced, not increased. In the pursuit of vegan chicken dreams, it seems we have got caught up in a nutritional nightmare.

Cue Beyond Meat, a brand making a much-needed nutritional improvement for 2021. Already popular due to its uncannily meaty texture and protein-packed bite, their Beyond Burger is now striving to improve its dietary credentials further. The healthiest of its new recipes boasts an impressive "55 percent less saturated fat [content] than a standard beef burger". What's more, by adding vitamin B12 to their formula, this common deficiency in plant-based diets is now met, a perfect example of a brand truly understanding its audience's needs and adapting its offering to provide a no-brainer solution.

Asda's Free From range makes a similar nutritional adaptation, with a selection of staple products fortified sensitively to aid the customer's health. In Coeliac disease, the lining of the intestines becomes damaged, making it much harder to absorb nutrients. In Asda's range of gluten-free bread, they have added additional vitamins and minerals to counteract these losses. With our recent Asda Free From re-brand, we recognised the issue of consumers often being naïve to the health status of free-from products. To resolve this, we ensured health claims and fortification messages were at the forefront of the design, equipping consumers with the knowledge to make informed dietary decisions.

Some products in the Free From range aren't healthy, for example, chocolate cookies, cakes and puddings, but they are delicious and that's what counts! Especially for the "have to" customers, who already frustrated at paying a premium for their dietary restrictions, don't want to compromise on taste too. We're not mystifying these customers into perceived healthiness; these products are intended for the same tasty, treat occasion as their gluten-based equivalent, without compromising on flavour.

To remain competitive, brands with a health strategy must be less sinful and more nutritious. The key is to understand your audience and their reason to believe. With a vast array of choice, flexitarian customers are the trickiest, often dazzled by newness and bold, trend-led designs. How do you build brand loyalty to avoid a one-off novelty purchase and instead keep them craving for more?

Clear brand strategy and positioning will ease this dilemma. Your products can have naughty nutritional values, but a deception of perceived healthiness is not the answer, and consumer belief in your brand is paramount. It's about consumer choice and brand clarity.

If they're looking for a calorific treat, just without meat or gluten, taste cues must be dialled up or recipes improved. If your offering is delicious AND has real health credentials, then shout this louder and louder again for the flexitarians at the back.

If you had told me 10 years ago, I wouldn’t be saddled with a salad every time I went out for food, I wouldn’t have believed you. It is genuinely so exciting having a choice when eating out and I no longer feel pitied by my friends when my order comes to the table. I do just wish they could be healthier too – that would be the icing on the cake (a nutritious one of course).

You’ll be glad to know that this year I discovered a genuinely good bacon alternative (check out THIS Isn’t Bacon), so now my breakfast butty has levelled up too. Have you found any good alternatives recently? I’d love to hear about them and chat about your experiences of flexitarianism over a cuppa!

Do you want to take your technical skills to the next level and learn from some of the best in the business?  We’re looking for someone with an almost OCD approach to accuracy, someone who prides themselves on always getting things right.

We would prefer you to have some knowledge of Illustrator and Photoshop, but as this is a junior position we are not expecting the earth. Your attitude is what really counts, you’ll need to be methodical and assured with a keen eye for the smallest detail. Someone who will ask questions – no matter how small or trivial they may seem.

There will be lots of training involved regarding types of print, and how best to work with each process. We need someone who will soak up all this knowledge but will crave more. Everyone learns something every day, there’s no resting on our laurels here.

We are a small, vibrant company and as such everyone needs to fit in. We laugh, we joke, we work hard to meet all deadlines. There’s no prima donnas here, you’ll be expected to make drinks and fill the dishwasher, just like everybody else!

Hungry, with drive and ambition and a curious attitude, you’ll need to think big, with bold, creative ideas.

We would prefer you to have some knowledge of Adobe Creative Suite, but as this is a junior position we are not expecting the earth. Your attitude is what really counts, you’ll  need to be passionate, inquisitive and ideas driven and able to articulate your thinking to the wider team. Someone who is enthusiastic, shows initiative and has their finger on the pulse of the design world.

There will be lots of support to allow your ideas to flourish and lots of training to help you develop your skills further.  We need someone who will soak up all this knowledge but will crave more, want more, question more. Everyone learns something every day, there’s no resting on our laurels here.

We are a small, vibrant company and as such everyone needs to fit in. We laugh, we joke, we work hard to meet all deadlines. There’s no prima donnas here, you’ll be expected to make drinks and fill the dishwasher, just like everybody else!

Our client service team is one of the best in the business, to join them you’ll need to be a great people person with the emotional intelligence to read the room and get under the skin of our clients and what makes them tick.

Hungry, with drive and ambition, you’ll have a rigorous eye for detail, never dropping a ball.

We would prefer you to have some knowledge of business and marketing, but your attitude is what really counts, super-organised, you’ll need to be a passionate, tenacious self starter who gets off on dotting all the “I’s” and crossing all the “T’s”.

There will be lots of support to allow you to flourish in this fast paced, exciting environment.  We need someone who will soak up all this knowledge and crave more.  Everyone learns something every day, there’s no resting on our laurels here.

We are a small, vibrant company and as such everyone needs to fit in. We laugh, we joke, we work hard to meet all deadlines. There’s no primadonas here, you’ll be expected to make drinks and fill the dishwasher, just like everybody else! 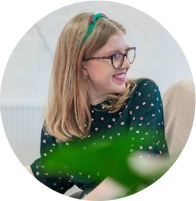 Dig deeper into this with
.
Madeleine Richardson
madeleine@our-creative.com
FURTHER READING 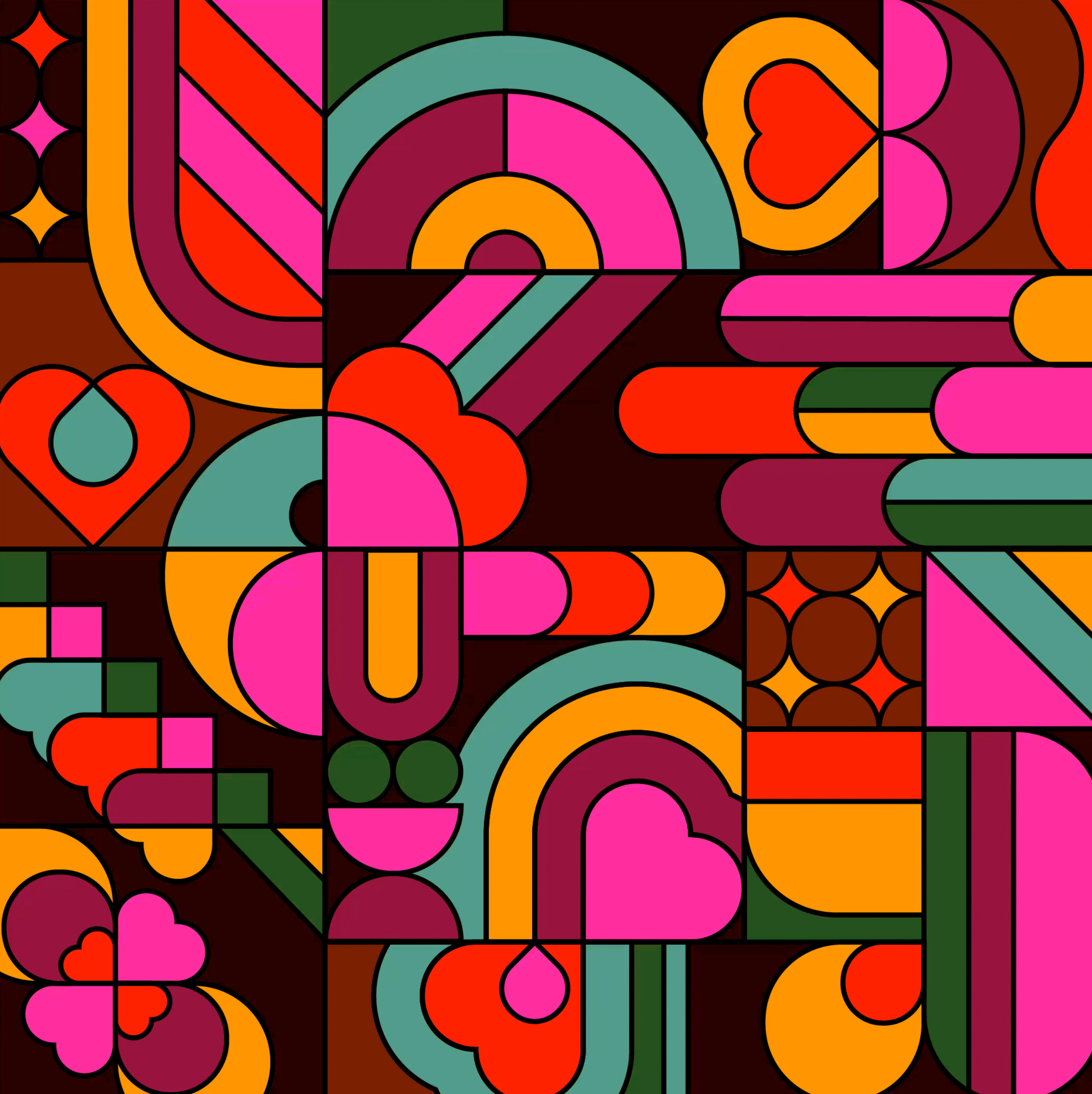